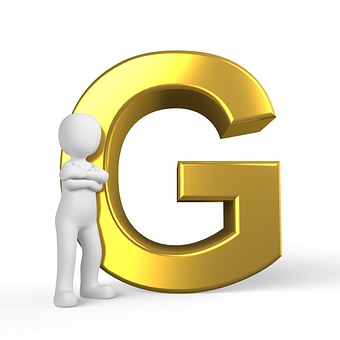 Amplification of an electronic circuit. It’s used in digital cameras and camcorders as a way of electronically boosting the sensitivity of the imaging chip in low light. See ISO.

The range of colours that can be printed or displayed by a particular device.

A thin coating on one side of a roll of photographic film, which contains microscopic light-sensitive silver halide particles.

A name for digital prints made on high-resolution large format inkjet printers, coined by the printmaker Jack Duganne in 1991. It comes from ‘gicler’, the French word meaning ‘to spray or squirt’. The name originally referred to prints made on a prepress Iris printer, but now also includes those made on other large-format printers that use pigment-based inks and archival paper.

(graphic interchange format) A digital file format that uses lossless compression. GIFs are sometimes used for graphics and images for use on the web. Its image palette is limited to 256 colours – much fewer than a TIFF, JPEG or raw file can contain – so its use to show photographs isn’t recommended.

A number on a flash unit that measures its capacity to light a subject at a particular distance and ISO setting. Usually, based on a setting of ISO100, the guide number is determined by multiplying the flash-to-subject distance by the f-stop setting needed to correctly expose the subject at that distance. A flash with a lower guide number produces a much weaker flash than one with a higher guide number.

Fills the image or selection with a colour that fades into another colour (or into transparency). It’s particularly useful for creating masks with seamless edges, but can also be used to add colour to a drab sky.

A type of optical filter that has a dark section and a clear section. These filters – commonly known as ND grads – are used to balance the brightness in high-contrast scenes, usually landscapes, with the dark area placed over the bright sky and the clear section over the dark foreground.

A neutral grey card, usually with 18% reflectance, is used as a standard reference when determining consistent photographic exposure. It’s used by placing it in a scene to be photographed and taking a reading from it with a reflected light meter. This avoids problems of over- exposure and under-exposure.

A digital image in which all the colour information has been removed, leaving only black, white and shades of grey.

A slang phrase for setting the camera to its highest continuous drive mode and keeping the shutter button held down to shoot as many frames as possible in a short space of time. ‘Spray and pray’ has the same meaning.

A sheet of glass, ground to a matte finish, which is used to look at images on large-format cameras. The image from the lens is projected upside-down on the screen. The image is examined and focused more easily by blocking out all other light with a dark cloth.

A group of like-minded San Francisco-based photographers, formed in 1932, which was

The group’s name is a reference to its members’ preference for using a very narrow aperture for increased depth of field.

Although not necessarily an hour-long, this is the period of time after sunrise or before sunset in which landscape photographers particularly enjoy working because of the favorable effect of the light on their images. The main reason for the term is the warm colour of the sunlight, which, together with its reduced contrast, gives outdoor scenes an especially attractive appearance. The low angle of sunlight also creates longer shadows and reveals more texture in a landscape.

Stands for global positioning system. This  geotagging feature is built into many more recently introduced camera models. Using satellite-based navigation, it records the camera’s position when an image is made. This information can then be embedded in the image’s metadata, allowing some software to show maps of where you took each photo.