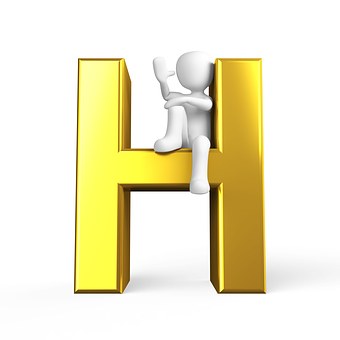 A term used to describe the glow that’s created around the edges of objects when they’ve been over-sharpened in Photoshop or other similar photo-editing software. They are even more prevalent in HDR images.

A tool for moving your image around when you’re zoomed in and can’t see all the image at once, by dragging on the image. Press the H key, or hold down the space bar, to switch to this tool quickly.

A digital imaging technique where a series of identical pictures of a scene are taken at different exposures and then combined into one image. This brings out detail in shadow and highlights areas that usually can’t be captured in a single exposure, and is particularly useful for high-contrast subjects, such as brightly-lit landscapes, interiors, and night scenes.

A retouching tool that lays down copied pixels like the Clone Stamp tool, but in addition, it analyses nearby colour and tone and attempts to blend the cloned pixels in with the surrounding area. Sometimes it produces better results than the Clone Stamp, but not always because its blending effect will tend to blur detail. For seamless cloning, it’s often a good option to use both tools.

An image in which the bright, white tones dominate.

The brightest (whitest) areas of an image.

Flash feature that allows the use of shutter speeds with flash, faster than the usual sync speed. The flash pulses at high frequency to ensure an even exposure, even though the shutter blinds are never fully open during the exposure. The facility is useful for freezing close-up action in daylight, and for allowing the widest apertures even in bright light.

A graph that provides an instant guide to the contrast and exposure of a picture. It maps the distribution of tones, from the darkest on the left to the brightest on the right. The scale runs from 0 (solid black) to 255 (pure white), and the height of the graph at any point represents the relative number of pixels in the image with that brightness level. The overall shape of the histogram gives you an at-a-glance indication of the tonal range of the image and the presence of any clipping. You can use tools such as Levels to adjust the shape of the histogram and thereby improve the contrast and exposure of the image.

An accessory shoe with an electrical contact, for mounting and connecting a flashgun.

Another term for colour. It tells you where a colour lies on the colour wheel without telling you how bright or dark it is.

The ABC of Photography – Colour profile