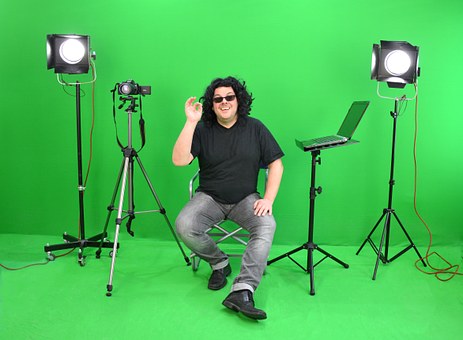 A stand or support for the camera box and lens, by means of which the box and lens can be raised or lowered or moved about the room with facility.

The stand best suited for the purpose is one that is strong, and heavy enough to be very rigid and firm, but not so heavy as to be cumbersome and difficult to move. For raising and lowering the camera, which in some cases is quite heavy, there are several appliances, such as levers, screws, weights, &c., &c., and the different styles of camera stands may be designated by the name of the mechanical power which is applied for that purpose, viz:

The Lever Stand,  is one of the oldest forms of camera stand and is still used in many establishments. The method of raising the top may be seen in the cut. There are two levers, one for each end, by means of which the camera may be inclined upwards or downwards. The levers are held in place by means of springs which press a beveled edge steel plate–attached to the levers near the handles–against a serrated plate of steel, attached vertically between the handles.

This style of camera stand is more used for very large and heavy cameras than for the smaller kind. They are very firm and rigid, and exceedingly durable, being made of hardwood, well seasoned, and they are consequently not at all liable to get out of order; in fact, a well-made stand would last a lifetime, if one cared to have a camera stand last so long.

The next style in order is the SCREW STAND, which is a very popular stand, and its most popular form is that called the Knickerbocker Stand, which is made in 4 or more sizes and has 2 styles of tops;  the Stoddard Top; and the Acme Top. This form of the stand is better adapted for light camera boxes and is therefore preferred in small establishments and tintype galleries to the other styles, which take up more room and are not so portable.

This style comprises a greater variety of forms than all the others combined, it requiring the least exertion to move the box up or down. The weight of the camera box when placed on the stand top is counterbalanced by weights which rest upon a shelf attached to cords, which pass over pulleys and downwards, to be fastened to uprights which support the top; when properly balanced it requires only a touch of the hand to raise the box or to lower it.

The most popular form of this stand is the Bowdish. The description will be rendered quite intelligible by observing the weights which are in the center, between the three legs, and the cords which pass over the pulleys to the three supports of the top.

From the peculiar construction of this stand, it has the most simple means of adjustment; it is raised or lowered by touch, and a binding screw serves to keep it immovably in position.

Another form of this stand is the Automatic,  which is a later form than the Bowdish and has several improvements not yet applied to the latter. It is entirely new in shape and principle; it is very light and simple. The various changes are made quicker and easier than with any other stand. A coil spring bears most of the weight in raising and lowering, and self-acting stops hold the center frame and bind it firmly at any height desired by the operator, no set-screw being required to make it rigid. It has also a new and superior device for tilting the top. Another form of this very popular stand is the Gem City Stand,  which in some respects is even better than the Automatic; beside the weight balancing the camera box, it has a crank in common with the Automatic for raising and lowering. It also has a very convenient arrangement for copying, which is an extension which moves under the top of the stand and holds upright support for the picture to be copied; this is a very convenient arrangement for galleries where there is not enough copying done to require a special copying box.

There is another form of stand in use, in which the balancing weight is replaced by a crank and pulley; of this kind is the Handy Camera Stand.

Of this style there is another form that has advantages of its own, which would seem to render it peculiarly a useful and appropriate stand for light boxes; it is the Magic Camera Stand.

All these various styles of stands are made in sizes to suit cameras from 8×10 to 25×30.