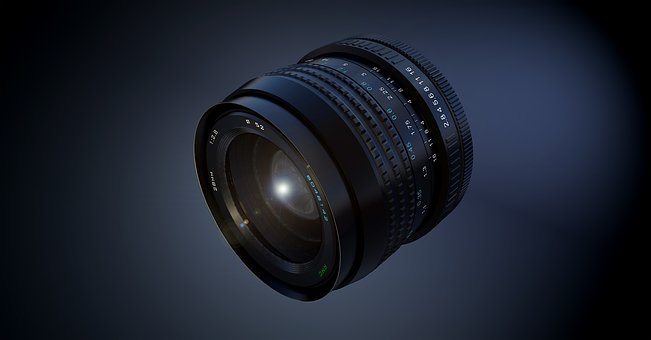 THE OPTICS OF PHOTOGRAPHY.

A solar beam of light is a bundle of rays; a ray being the smallest portion of light which can emanate from a luminous body. Each of these rays possesses distinctive characters, both as regards their chemical functions and colors.

Sir Isaac Newton proved that the white light emitted by the sun is not so simple as it appears, but is composed of vivid colors, as shown by his beautiful experiment, the Analysis of Light, which is exemplified by the use of a glass prism.

In this connection, we have only to consider the application of this Actinism through the medium of a combination of lenses to form an image on a sensitized plate in the Camera.

It has been shown that when light passes through a prism of glass its colors are separated; this separation is caused by the unequal refrangibility of the different colored rays, the violet being the most and the red the least refrangible of the seven rays.

A ray of light passing through a vacuum progresses in a perfectly straight line, but all matter, however attenuated it may be, has the property of refracting or bending the ray of light. The refractive power of some substances is immense, while that of others is very trifling. The mode of the refraction depends on the comparative density or rarity of the respective media. If the medium which the rays enter be denser, they move through it in a direction

nearer to the perpendicular drawn to its surface; on the contrary, when light passes out of a denser into a rarer medium, it moves in a direction farther from the perpendicular. This refraction is greater or less, that is the rays are more or less bent or turned from their straight course, as the second medium through which they pass is more or less dense than the first.

We next study the utilization of this power of refraction in the manufacture of lenses to overcome the unequal refrangibility of the colored rays of light.

A lens for use in photography is made of glass as pure and as colorless as can be procured, and is ground into such a form as to collect or disperse the rays of light which pass through it. Lenses are of different shapes, and thence receive different names.

The ABC of Photography – Burst rate