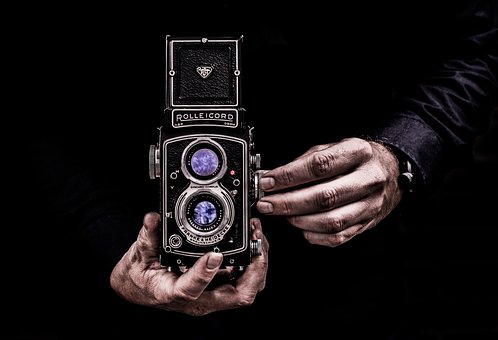 There are three basic elements to understand

Shutter Speed is the duration that the shutter is open,  the longer it stays open, the more light is able to get to the sensor.

If the shutter stays open for 5 seconds, five times as much light gets through as if it were only open for 1 second.

If you look into an SLR lens, you’ll see a set of blades that form a hole in the middle to let light pass through. That hole is the aperture, and the lens can move those blades to make the hole smaller or larger. The larger the hole, the more light gets through. Your camera’s aperture control is another way to change how much light gets to the sensor.

Changes in the aperture also change how your photos look. The size of the aperture controls how much of the image appears to be in focus behind and in front of what you’re focused on.

For example, suppose that you’re taking a picture of somebody who is standing in a road in a forest and you can see trees behind him. If you take the picture with the lens’ smallest aperture (which lets in the least amount of light), the trees in the background will also be sharp in focus. If you take the photo using the lens’s largest aperture, the trees in the background will be very blurry.

This effect is called “Depth of Field” “DoF” When the background gets blurry very quickly as it gets further from the subject, we call it “shallow” depth of field.

If most of the picture appears to be in focus, from near to far, we call it “deep”. The same thing is true of the foreground; in fact, foreground objects go out of focus even more quickly than background when the depth of field is shallow.