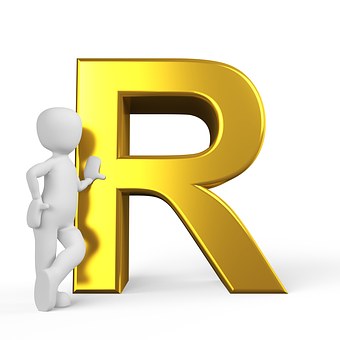 A camera with a separate lens and viewfinder, linked by a rangefinder mechanism. When looking through the viewfinder, two separate images are shown, one of which moves when the focus ring is turned. When the two superimposed images are perfectly aligned, the image is in focus.

A file format option provided by D-SLRs and some other top-end digital cameras. Image data is stored in a semi-processed state and needs to be fully processed on a computer. Raw files enable exposure compensation, image contrast, colour balance and other settings to be altered after the initial exposure, while still retaining maximum image quality. Raw images also offer a greater tonal range than the alternative JPEG recording quality options.

Raw isn’t an abbreviation or even a single file type like JPEG; the format varies from manufacturer to manufacturer, and sometimes from camera to camera. Most current Canon models use CR2, and Nikon models use NEF.

Flash feature found on some D-SLRs and flashguns that synchronizes the flash output when the second shutter curtain is about to close. Usually, the flash fires at the point where the first shutter is fully open. The facility gives more natural-looking images when using flash in conjunction with slow shutter speeds.

The reciprocity law states that the density of a photographic image is in direct proportion to the intensity of light (aperture setting) and the duration (shutter speed). For example, if the correct exposure for a subject is 1/125 sec at f/4 and the aperture is increased by one stop to f/2.8, the shutter speed must be correspondingly decreased by one stop to 1/60 sec to maintain the same image quality, and vice versa.

In film photography, when shooting with very long or very short exposures, the reciprocity law (see above) can break down, leading to reciprocity failure. In these cases, extra exposure might be needed to compensate, as specified by the film manufacturer. Reciprocity failure doesn’t occur with digitally captured images.

An effect often caused by a camera’s built-in flash. The flash-light reflects from the retina of a subject’s eyes and gives them a bright red colour. It can be reduced or corrected in-camera, or at the post-processing stage.

A piece of card or other flat material that reflects and increases the amount of illumination from a light source. Reflectors can be white, silver or gold, and are often used to ‘bounce’ light into shadow areas and make them brighter. An umbrella-shaped reflector on a studio light is used to create softer and more diffuse illumination.

A studio portrait lighting technique named after the Dutch painter Rembrandt van Rijn (1606-1669), who often used it. It refers to lighting one side of the face so that it creates a triangle of light on the opposite cheek. A reflector is sometimes used to bounce light on to the side of the face in shadow.

The act or technique of news reporting. In photography, the term refers to the art of telling a news story through pictures. Many wedding photographers offer ‘reportage style’ pictures. This simply means that the day’s events are approached as if it were a news event, and recorded in an informal and unobtrusive way. See photojournalism.

To create a new copy of an image with a different file size or resolution (pixel count).

A measure of the density of pixels in a printed or on-screen image, usually expressed in terms of pixels per inch (ppi). A resolution of 300ppi is widely regarded as the optimum for professional-quality printing. Monitors typically display images at between 72 and 96ppi, although this can vary with monitor size and other factors. Changing a photo’s resolution in the Image Size dialog in Photoshop won’t change how big it looks on-screen, only in print.

The rear focus feature is found on super telephoto lenses. With rear focus, the group of elements nearest the camera is used to determine the point of focus, providing faster autofocus.

Stands for red, green and blue. These are the three primary colours used by a digital camera to record a picture. Some tools can access and edit each of the three colour channels separately.

Light from behind or to the side of a subject that gives a thin line of light around some or all of the subject’s edge, which sets it clearly apart from the background.

A flash lighting system that uses a circular flash tube attached to the front of the lens to provide even, shadowless lighting. Ring flash is often used in macro photography, but is sometimes used in other kinds of photography including portraiture. Oversized ring flashes are available for studio use, providing doughnut-shaped catch lights when used for portraits.

One of the best-known compositional ‘rules’, in which an image is divided, horizontally and vertically, into three parts, using two equally spaced lines. Important elements of the picture are then placed on one or more of these lines, which creates a stronger and more visually appealing composition than simply centering the subject. The term has its origins in painting, and was first written down by the artist John Thomas Smith in 1797.

A photographic film wound on a spool and protected from light with a paper backing. The most commonly used type is a 120 roll film. It’s used in cameras shooting 6×4.5, 6×6, 6×7 and 6×9 negative sizes, plus panoramic cameras.

The ABC of Photography – O

The ABC of Photography – H