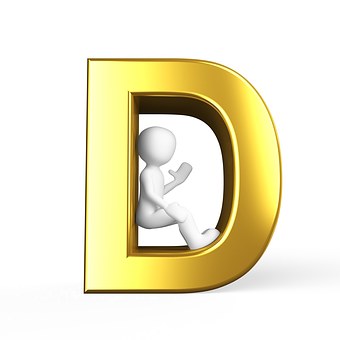 The ABC of Photography – D

Stands for Digital Auto, which features on a range of Pentax lenses that (unlike some earlier ranges) don’t have a manual aperture ring. They have a ‘Quick Shift’ mechanism that enables you to override focus manually, even when the lens is set to autofocus.

The premium lens range from Pentax, which Combines weatherproofing with the advantages of the DA range.

A light-tight room for processing and printing Traditional photographs. Negatives are loaded into the processing tank in complete darkness, while a red/orange safelight can be used at the printing stage.

Louis Daguerre (1787-1851) was an artist and inventor who devised one of the earliest photographic processes, the daguerreotype, announced in 1839. It was made by coating a silver-plated copper sheet with light-sensitive silver iodide and exposing it in a camera to create a positive image.

This features on the range of Sigma lenses that are designed specifically for use with crop-factor SLRs, and which can’t be used with full-frame models.

The split-second when all the elements of a photograph simultaneously come together. The decisive moment is associated with Cartier-Bresson, who described photography as “the simultaneous recognition, in a fraction of a second, of the significance of an event as well as of a precise organization of forms which give that event its proper expression.”

A type of flashgun that’s designed to provide direct one-way or two-way communication with the camera. The amount of dedication varies enormously depending on the flashgun and camera. Increased dedication tends to provide a more accurate flash metering, as well as making the flash system easier to use successfully.

This refers to the Sigma lens range suitable for full-frame SLRs (but that can also be used on crop- factor models).

Tamron’s ‘Digitally Integrated’ lenses have a full-size image circle, so they are suitable for full-frame and crop-factor SLRs.

Tamron’s second-generation Digitally Integrated lenses are designed for use on popular crop-factor SLRs, and are not suitable for full-frame models.

Another term for the aperture. These are the adjustable blades that regulate how much light enters the lens and reaches the sensor.

A window that pops open when you select certain commands, usually to give you the opportunity to configure settings or enter further preferences. In Photoshop and Elements, menu commands that will open a dialog for further instructions before applying their effect are usually indicated by an ellipsis (…) after the name, such as File>Save As… Those without this, such as File>Save, will work immediately, with no dialog.

Controlling depth of field to ensure that one element in the picture is sharp, while others are as out of focus as possible.

Scattering of light caused by deflection at the edges of an opaque object. Diffraction causes slight fuzziness in the image when the narrowest apertures are used.

Any material that scatters the light as it passes through it,  Softening the illumination and making shadows less distinct. Diffusers are commonly used with artificial light sources. On sunny days, clouds act as natural diffusers.

The optical measurement used to describe the light-bending Power of a lens. The dioptre value of a lens is equal to the number of times that its focal length will divide into 1000mm. Dioptres are used to measure the magnification of close-up lenses, and of viewfinder lenses.

The facility provided on some cameras for adjusting the viewfinder to suit the user’s eyesight. Limited adjustment is built-in, and some cameras permit further modification with the use of additional dioptre lenses.

A short-lived format introduced by Kodak in 1982. The disc-shaped film, housed in a plastic cartridge, contained 15 negatives measuring 11×8 mm. After each exposure, the disc rotated to the next frame. Poor image quality made it unpopular, and it was discontinued in 1999.

DNG is a raw file format invented by Adobe and used by some camera manufacturers. An advantage of DNG is that, unlike other raw formats, it isn’t specific to just one camera manufacturer or model, and it isn’t just a read-only format – you can save your files in DNG format too. A free DNG converter application available from Adobe at www.adobe.com/products/dng enables you to convert any raw file into a DNG.

Diffractive Optics is used on a handful of Canon telephoto lenses. The technology enables these long lenses to be made smaller and lighter than equivalents using conventional optical designs.

A way of lightening selected areas of the image during digital manipulation. The tool gets its name (and its spoon-shaped icon) from the traditional darkroom technique of ‘dodging’, where parts of a print are shielded from exposure and therefore given less light than other parts. See also Burn tool.

The name was given to the ring-shaped bokeh created by the unique construction of a mirror lens.

Dots per inch. Strictly speaking, a measure of the density of dots of ink that a printer lays down on paper. Compare image resolution (density of pixels) of a print or on-screen image at a certain size, measured in pixels per inch.

(Digital Print Order Format) A facility available on some digital cameras that enable users to mark the images from which they wish to have prints made.

A duotone image is one made from two inks (usually black and another colour), and is often used in printed books to increase the tonal range of an image. It’s also used by some fine-art photographers to add subtle colour to black-and-white photographs. A similar appearance can be achieved in Photoshop by converting a colour image to greyscale, then choosing Image > Mode > Duotone.

points in a photograph. The range that can be recorded by a digital

camera is relatively small compared with the range that the human eye can perceive.

The ABC of Photography – Z