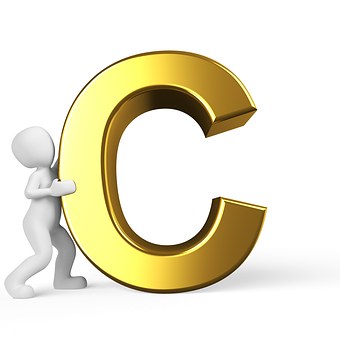 The ABC of Photography – C

A mechanical or electronic device for firing a camera from a short distance away, without physically pressing the shutter release. It’s often used as a way to minimize vibration when using slow shutter speed and camera support, such as a tripod.

A device used to standardize the colour and brightness of a computer monitor so that images can be accurately adjusted.

One of the earliest photographic processes, announced by William Henry Fox Talbot (1800-1877) in 1841, in which a negative image was recorded on a sheet of translucent paper coated with light-sensitive chemicals. The earliest surviving example is an image of a window at Lacock Abbey, made in 1835. Using the process, multiple positive images could subsequently be produced by contact-printing the negative.

The blurring of the image caused by the movement of the camera during the exposure. Handheld cameras are prone to camera shake, and the fastest available shutter speed needs to be used to reduce or eliminate the problem.

A remotely activated camera used for documenting the behavior of animals in the wild without the photographer being present. The camera’s shutter is usually triggered when an animal’s movement is detected by an infrared or motion sensor. Cameron, Julia Margaret Julia Margaret Cameron (1815-1879) was a British photographer who made portraits of some of the major figures of the Victorian period as well as her relatives and friends. She was one of the first people to see photography as an artistic medium open to interpretation, rather than simply a mechanical process for recording reality. Her portraits often make creative use of soft focus.

A type of photographic film housed in a plastic cassette. Because it’s light-tight, a film can be loaded into a camera in daylight. 126 cartridge film was introduced by Kodak in 1963, followed by 110 film in 1972. Two later formats, Disc film, and APS film, used their own specially designed cartridges.

A white highlight in the eye of the subject, which is a reflection of the light source. The shape, size, and intensity of the highlight, as well as the number of highlights, will vary depending on the lighting setup.

A type of built-in metering system provided as an option on some cameras. Center-weighted meters measure light intensity across the entire image area but bias the average in favor of light taken toward the center of the frame. The system isn’t foolproof; it’s easier to predict when it will make an inappropriate reading than more sophisticated metering systems.

A feature in Photoshop that enables you to adjust the red, green and blue channels to increase or decrease colour saturation, or convert an image to monochrome.

A term that originated in Renaissance art. It refers to a style of an image that features a strong contrast between the light and dark areas of the picture.

This is a short form of ‘checking image preview’. It refers to the act of looking too frequently at the image on your camera’s LCD screen, rather than concentrating on the subject.

A lens fault common in telephoto lenses in which different colours of white light is focused at slightly different distances, creating ugly coloured haloes around the edges of a photographic subject. The software can remove or reduce the effect.

A type of polarizing filter. Circular polarizers can be used with modern cameras without interfering with the operation of exposure metering and autofocus systems, unlike older and cheaper linear polarizers.

Clipping occurs when the dark parts of an image become pure black or the light parts become pure white, so that image detail is lost in these areas. On a histogram, a clipped shadow or highlight is indicated by the graph being ‘cut off’ on the left-hand (shadows) or right-hand (highlights) side.

An image-editing tool that enables you to replace an area of the image with pixels taken from elsewhere in the image (or even another image). It’s commonly used for removing blemishes and other unwanted objects from a picture.

A filter-like accessory that fits on the front of the camera lens to magnify the image. This low-cost macro accessory can be used on most types of cameras and lenses. Close-up lenses come in a variety of different strengths, usually measured in dioptres. CMOS (Complementary Metal Oxide Semiconductor) This is a type of imaging sensor used in digital cameras. Located at the focal plane, it converts the focused image into an electrical signal. It’s similar in function to the CCD sensor.

This is an early technique for making photographic prints, invented by Frederick Scott Archer (1813-1857) in 1851, which used collodion (cellulose nitrate) to stick light-sensitive chemicals on the surface of a glass plate. The plate was exposed, developed and fixed while still wet. The process produced good results and was used widely until around 1880.

A colour tint in an image, caused by shooting in a particular kind of light. Tungsten light causes a yellow cast, while fluorescent light causes a green cast. Casts can be corrected using the camera’s white balance feature, or at the post-capture stage.

Example of a photo with a uniformly green colour cast due to differential absorption of light before reaching certain depths at sea.

The same photo with the colour cast corrected

Every colour you see on a screen is created by a specific mix of red, green and blue light, and every printed colour by a specific formula of ink colours. In can be represented and seen as separate colour channels – RGB for most digital photos. See Channel mixer for more on this.

An overall system that tries to ensure that the colours of an image re displayed and output in exactly the same way, whatever the device being used.

Description of how a camera, printer, monitor or another device displays or records colour. It provides a universal way in which different devices can produce similar-looking results. This is sometimes known as an ICC profile, because the standards are set down by the ICC (International Colour Consortium).

Film on which all original colours are recorded as their complementary colours. When the image is printed on photographic paper, the colours are again reversed to their original hue. Colour negatives have an orange tint or mask, which helps to control contrast and improves the reproduction quality.

Film processed to produce a colour positive image on its transparent base. Traditionally, images are mounted in a card or plastic mounts. Also commonly known as slide or transparency film.

The theoretical definition of the range of colours that can be displayed by a device.

All light sources have a characteristic colour temperature: artificial (tungsten-filament) lights are warmer (more orange) than daylight, which is warm near dawn, turns cooler (bluer) during the day, then warms again at nightfall. Our eyes adjust for colour temperature much of the time without our realizing it, so that colours look pretty consistent. Digital cameras can make electronic adjustments using a white balance system to neutralize

colours. When they get it wrong (or you use the wrong white balance setting on your camera), a colour cast results.

The use of two or more negatives to make one print. The technique was first used in the mid-19th century to overcome exposure limitations in early photographic processes, although photographers such as Oscar Gustave Rejlander (1813-1875) could use dozens of images to make one epic scene.

A type of camera with a shutter mechanism built into the lens. Compacts are generally point-and- shoot designs that are easy to carry around. Most digital compacts have built-in zoom lenses.

Also known as ‘opposite colours’, these are pairs of colours that create a strong contrast. On the traditional colour wheel they are red/green, yellow/violet and blue/ orange, while the CMYK and RGB models use red/cyan, green/ magenta and blue/yellow.

The process of reducing the sizes of files such as digital images, so that they use less storage capacity and are faster to upload and download. See lossless compression and lossy compression.

Contact prints are photographic images made by laying one or more film negatives on a sheet of photographic paper, usually under a sheet of glass, and exposing it to light. In the traditional wet darkroom, a contact sheet is usually the first stage of printing an image.

This is an autofocus setting in which the focus is constantly adjusted until the shutter is actually fired. It’s especially useful for moving subjects such as in wildlife or sports photography, where it would be unhelpful for the focus distance to be locked as soon as it’s initially found.

Lighting that remains on throughout a shoot, as opposed to the brief burst of illumination given by flash or strobe lighting.

A measurement of the difference in brightness between the very darkest and lightest parts of an image. See the brightness range.

A term used to describe the effect of parallel lines getting closer together, particularly the two sides of a building, or a section of a building, when shooting from a low angle of view.

To remove unwanted parts of an image.

Sometimes called ‘X-Pro’, in film photography, this refers to processing colour negative film in reversal film (E6) chemicals, or colour reversal film in negative film (C41) chemicals. The resulting colour shifts gave images a distinctive look. The technique was once especially popular in fashion photography. A similar appearance can be created in Photoshop by boosting contrast and tweaking colour channels.

This powerful Photoshop tool enables you to adjust the exposure and contrast of an image. By altering the shape of the curve, different areas of tone can be lightened or darkened by varying amounts. By altering the curves for each of the different colour channels, the colour balance of the image can also be altered to create special effects, or simply to correct for unwanted colour casts. Elements’ version of Curves, called Adjust Colour Curves, is more limited than Photoshop’s Curves.

The ABC of Photography – Y

The ABC of Photography – CMYK

The ABC of Photography – S