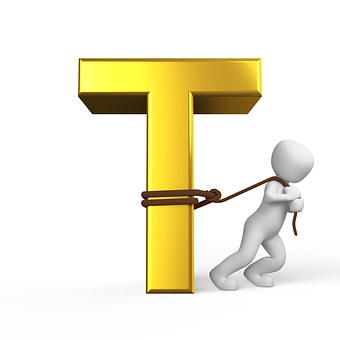 The ABC of Photography – T

Images of small objects or a miniature scene arranged on a tabletop.

A small, low-resolution version of a larger image. It’s often used in image management applications such as Adobe Bridge and Organizer to make it easier and faster to search through and preview your photo collection. The small representations of each layer in the Layers panel in Photoshop and similar software are also referred to as thumbnails.

Used in portraiture, this style of lighting is created by placing a light at approximately 45 degrees from each side of the centre line of the face. It lights three-quarters of the face, leaving a shadow area along the side opposite to the light that gives the face depth and volume.

Digital image format used to record files with maximum available detail. Files can be large, although this can be reduced using lossless compression.

The technique where pictures are taken of the same subject at regular intervals. Some time-lapse photographers record an event that takes place over a long period of time, such as a butterfly emerging from a chrysalis.

Stands for twin-lens reflex. A TLR camera has two lenses of the same focal length; one is used for taking the picture while the other provides the image for the waist-level viewfinder, seen via a 45-degree mirror. The two lenses are connected so that focusing is the same on both lenses.

A technique used in image processing to reduce the range of tonal values in a high dynamic range image, so it looks more natural when shown on a computer monitor or in print.

Changing the colour of a black-and-white print or digital image. In traditional photography, black-and-white prints are usually toned using chemicals to change the metallic silver in the print emulsion to a silver compound. This happens in sepia and selenium toning. Other processes, such as platinum and gold toning, are known as metal-replacement toners. Similar effects can be produced in digital images using post-processing techniques.

An inexpensive and easy-to-use film camera, such as the Holga, Lubitel, Lomo LC-A and Diana. Their lens quality and general build lead to vignetting, image blur, distortion, and light leaks, but many photographers enjoy incorporating these flaws into their images for artistic effect.

A Photoshop tool used to scale, rotate, reduce, enlarge, distort, or change the perspective of a layer, selection, or shape.

A genre of photography that concentrates on documenting the landscape, people, culture, and customs of a country.

Threaded socket found on the base of cameras, used for attaching tripods and other accessories.

(through the lens) metering An exposure metering system in which the intensity of light is measured through the camera lens.

A type of bulb lighting that has a warm colour temperature of between 2,600 and 3,500K.

Abbreviation used for shutter priority on some cameras.

The ABC of Photography – B (Bulb)