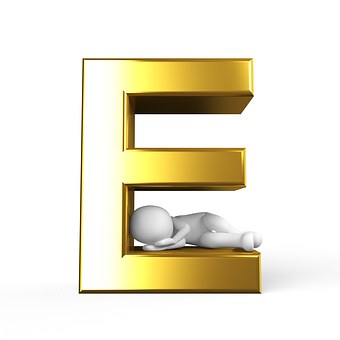 A lens featuring Extra-low dispersion glass in one or more of its elements, to help correct chromatic aberration. This abbreviation is used by Nikon, Panasonic, Olympus, and others. Edgerton, Harold Eugene Harold Eugene Edgerton (1903- 1990) was a professor of electrical engineering at Massachusetts Institute of Technology, who conducted innovative experiments with high-speed flash photography. He developed a flash tube that fired for one-millionth of a second, recording for the first time subjects such as a bullet piercing an apple.

Stands for Electro Focus. This is the name of the lens mount Canon introduced on its first autofocus SLR cameras in 1987. EF lenses can be used on all Canon SLRs.

A measure for comparing the angle of view and magnification of different lenses and lens settings, whatever the size of imaging chip being used. The actual focal length is converted to the equivalent focal length that would give the same angle of view on a camera using 35mm. See focal length.

Stands for Electro Focus Short back focus, a lens mount introduced by Canon in 2003. EF-S lenses have a small image circle so they are only suitable for use on crop-factor SLRs. A modified mount means that they can’t physically be fitted onto incompatible (i.e. full-frame) Canon models.

An individual optical lens. Most photographic lenses are constructed using a number of lens elements, placed parallel to each other along a single axis. Some are placed together in groups.

A projector used in a traditional wet darkroom. Negatives are placed in the carrier, and a light inside the enlarger head projects the magnified image onto a sheet of photographic paper on the baseboard. When the exposure is complete, the photograph is developed and fixed.

A portrait shot in a subject’s home or work environment in such a way that it gives an insight into the subject’s character. The American photographer Arnold Newman (1918-2006) is considered the father of environmental portraiture.

The scale used to denote the exposure required without the need to specify either shutter speed or aperture. A particular EV setting has its own set pairs of possible shutter speed and aperture. Exposure values are often quoted in combination with an ISO speed to denote a specific light level.

A metering system used on many cameras, in which light readings are taken from a number of different areas, or zones, across the image. These readings are then compared to data programmed into the camera, so it can work out an appropriate exposure setting.

Information from the multipoint autofocus system is also used, to ascertain the likely position of the subject. This ‘intelligent’ metering system can avoid many of the failings of simpler systems.

However, it’s impossible to second-guess, so it can be difficult to predict the occasions where it will get the exposure wrong. It’s also known as matrix metering.

An eye-level LCD screen, as found on hybrid cameras, bridge cameras and camcorders. The image seen by the lens is electronically projected onto the screen.

A type of hybrid camera that combines features of a traditional SLR with those of a compact camera. Unlike a digital SLR, this type of camera has an electronic rather than optical viewfinder.

Camera settings recorded by many digital cameras as part of the image file. This data automatically notes a wide range of information about the picture, including the date and time it was recorded, aperture, shutter speed, model of camera, whether flash was used, number of pixels used, metering mode, exposure mode, exposure compensation used and zoom setting. The information can then subsequently be read by suitable software. To access this information in Photoshop and Elements, go to File > File Info.

The total amount of light used to create an image. The term is also used to describe a single shutter cycle, that is, the process of the camera’s shutter opening, closing and resetting.

A control for manually overriding the built-in exposure meter of a camera to provide more or less light to the sensor.

An accessory used in macro and close-up photography that fits between the D-SLR body and the lens. The extra extension between the lens and sensor enables the lens to focus closer and to provide a higher image magnification than would otherwise be possible.

Extension tubes are usually sold in sets of three, and are used singly or in combination to provide a total of seven different magnifications.

A Photoshop tool used to sample the colour of an area, typically changing the foreground colour to the same shade. It can also be used in some adjustment tools for setting exposure or colour balance, by clicking a particular area of tone as a reference point.

The ABC of Photography – Curves