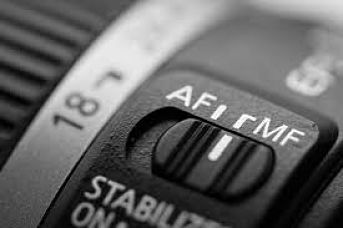 AF Stands for autofocus, a function first introduced on cameras in the late 1970s, in which the lens is adjusted automatically to bring the designated part of the image into sharp focus. Almost all modern lenses for digital SLRs have AF, which is achieved via one or more sensors and a motor either integrated into the lens itself or the camera body.

An autofocus (or AF) optical system uses a sensor, a control system, and a motor to focus on an automatically or manually selected point or area. An electronic rangefinder has a display instead of the motor; the adjustment of the optical system has to be done manually until indication. Autofocus methods are distinguished by their type as being either active, passive or hybrid variants.

Autofocus systems rely on one or more sensors to determine the correct focus. Some AF systems rely on a single sensor, while others use an array of sensors. Most modern SLR cameras use through the lens optical sensors, with a separate sensor array providing light metering, although the latter can be programmed to prioritize its metering to the same area as one or more of the AF sensors.

through-the-lens optical autofocusing is now often speedier and more precise than can be achieved manually with an ordinary viewfinder, although more precise manual focus can be achieved with special accessories such as focusing magnifiers. Autofocus accuracy within 1/3 of the depth of field (DOF) at the widest aperture of the lens is common in professional AF SLR cameras.

The ABC of Photography – M

The ABC of Photography – Calotype