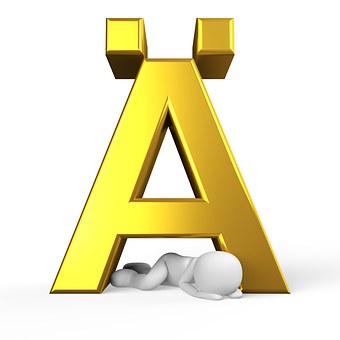 The ABC of Photography – A

An optical fault in a lens that creates a less-than-perfect image.

In optics, the aberration is a property of optical systems, such as lenses that causes light to be spread out over some region of space rather than focused to a point. Aberrations cause the image formed by a lens to be blurred or distorted, with the nature of the distortion depending on the type of aberration.

There are six types of optical aberration:

There is so much more to be researched on this specific topic!

In photography, this term refers to images that concentrate on aspects of a subject such as shape, form, colour, and texture. Instead of a straightforward representation of a subject.

Abstract images are conceived or imagined outside of ‘reality’. They can encompass a huge variety of subject matter, take us out of our comfort zone, make us question what we see, or invite us to enter another realm. Sometimes called non-objective, experimental, conceptual or concrete photography, is a means of depicting a visual image that does not have an immediate association with the object world and that has been created through the use of photographic equipment, processes or materials.

An abstract photograph may isolate a fragment of a natural scene in order to remove its inherent context from the viewer, it may be purposely staged to create a seemingly unreal appearance from real objects, or it may involve the use of color, light, shadow, texture, shape and/or form to convey a feeling, sensation or impression. The image may be produced using traditional photographic equipment like a camera, darkroom or computer, or it may be created without using a camera by the directly manipulating film, paper or other photographic media, including digital presentations.

This is a layer containing an image adjustment or effect instead of image content. Like a red Cellophane overlay on a print, an adjustment layer will alter the appearance of layers below it, but not actually alter their content, making adjustment layers a cornerstone of reversible, ‘non-destructive’ editing. The adjustment can be altered, hidden or removed at any point. When you add an adjustment layer, a mask is also automatically created, so that the effect can be applied to a lesser extent (or not at all) in particular areas of the image. The Adjustment Layers in Photoshop are a group of super useful, non-destructive image editing tools that add color and tonal adjustments to your image without permanently changing its pixels. With the adjustment layers, you can edit and discard your adjustments or restore your original image at any time.

A free plugin used by Photoshop and Elements to process and edit raw files. Adobe Camera Raw is frequently updated to support the newest camera models.  Adobe Camera Raw, which lets you import and enhance raw images, has been a must-have tool for professional photographers right since it was first released in 2003. Applications that support Adobe Camera Raw include Photoshop, Photoshop Elements, After Effects, and Bridge. Additionally, Adobe Lightroom is built upon the same powerful raw image processing technology that powers Adobe Camera Raw.

Automatic exposure lock. This is a push-button control that enables you to select the part of the scene from which the camera takes its meter reading, and then lock this setting while the image is re-framed for better composition. The auto-exposure lock (AE-L) function on a DSLR camera lets you physically lock the exposure reading from anywhere in the scene. You can use it on its own or at the point where you focus the image. Just about all DSLR cameras have an auto exposure lock button.

Stands for autofocus, a function first introduced on cameras in the late 1970s, in which the lens is adjusted automatically to bring the designated part of the image into sharp focus. Almost all modern lenses for digital SLRs have AF, which is achieved via one or more sensors and a motor either integrated into the lens itself or the camera body.

An autofocus (or AF) optical system uses a sensor, a control system, and a motor to focus on an automatically or manually selected point or area. An electronic rangefinder has a display instead of the motor; the adjustment of the optical system has to be done manually until indication. Autofocus methods are distinguished by their type as being either active, passive or hybrid variants.

Autofocus systems rely on one or more sensors to determine the correct focus. Some AF systems rely on a single sensor, while others use an array of sensors. Most modern SLR cameras use through the lens optical sensors, with a separate sensor array providing light metering, although the latter can be programmed to prioritize its metering to the same area as one or more of the AF sensors.

through-the-lens optical autofocusing is now often speedier and more precise than can be achieved manually with an ordinary viewfinder, although more precise manual focus can be achieved with special accessories such as focusing magnifiers. Autofocus accuracy within 1/3 of the depth of field (DOF) at the widest aperture of the lens is common in professional AF SLR cameras.

This is a system used by some cameras and flashguns to assist autofocus in low light. A pattern of red light is projected on to the subject, which aids the contrast-detection autofocus to adjust the lens correctly.

This stands for ‘autofocus-silent’, and refers to Nikon lenses that use a silent motor to control the autofocus system.

A type of photographic print invented in 1850 by Frenchman Louis Désiré Blanquart-Evrard (1802-1872). It consists of a sheet of paper coated in egg white (albumen) and salt, then dipped in a light-sensitive silver nitrate solution. The paper, when dried, is overlaid with a glass negative and exposed to the sun. The albumen print was widely used until the late 19th century.

This term refers to a range of photographic processes, mostly dating from the late 19th and early 20th century, which devotees continue to use for their unique qualities. They include the daguerreotype, gum bichromate, cyanotype, salt print, bromoil, platinum, and palladian processes.

The existing light in a particular scene, which may be sunlight, moonlight or an artificial light already providing illumination. It excludes any light source added by the photographer, such as flash or studio lighting.

A measurement of how much a lens can see of a scene from a particular position, usually measured in degrees. The longer the focal length of the lens, the narrower the angle of view. Zoom lenses have adjustable angles of view.

A method of smoothing diagonal or curved lines in digital images to avoid a ‘staircase’ or ‘stepped’ appearance (also called ‘jaggies’), caused by the fact that the pixels making up an image are discrete blocks of colour.

The opening in the lens that restricts how much light reaches the image sensor. In all but the most basic cameras, the size of the aperture is adjustable. The aperture setting used has an important role to play in both exposure and depth of field.

Semi-automatic exposure system, where the aperture is set by the photographer. The shutter speed is then set by the camera to suit the light level reading taken by the camera’s own meter.

Abbreviation of apochromatic. This is used to describe Sigma lenses that use super-low dispersion (SLD) lens elements to reduce chromatic aberration.

The initials of the Advanced Photo System, a short-lived film photography format introduced by Kodak and other manufacturers in 1996. The 24mm film was housed in a drop-in cartridge and could be shot in three different formats. It was mainly used in compact cameras, but also a small number of SLRs.

This refers to the size of the sensor used in some digital cameras, measuring around 22.5x15mm, and with a 3:2 aspect ratio. It gets its name and dimensions from the

Flaws in an image caused by limitations in the recording or manipulation process. Examples include colour and tonal banding, random blotches or a mottled, grainy appearance.

A method of measuring and specifying film speed, or a film’s sensitivity to light, as devised by the American Standards Association in 1943. It was replaced by the ISO (International Organisation for Standardisation) film speed system in the 1980s. Also, see ISO.

The relationship between the width and height of a picture, which describes the proportions of an image format or a photograph. The aspect ratio of most D-SLRs is 3:2, while on most other digital cameras, it’s 4:3.

A lens element that has a surface that isn’t perfectly spherical. All camera lenses are made up of a number of individual lenses or elements. Many of these elements are spherical as if cut from a sphere. A-spherical elements are less rounded and are used in wide-angle and wide-aperture lenses to help provide distortion-free images.

Stands for Advanced Technology Extra – the branding used on all current Tokina lenses.

A feature on some cameras that enables you to automatically shoot a sequence of shots of the same scene at slightly different shutter speeds (or aperture settings) from the ‘correct exposure’. This feature can be used if there’s some doubt that the meter reading is accurate for a particular subject. It can also be used to shoot a sequence that’s combined into one high dynamic range image. See HDR. Other auto-bracketing features available on some cameras include automatic flash, ISO or white balance bracketing.

The name of the first colour photography process, invented by French brothers Auguste and Louis Lumière, and patented in 1903. A glass plate was coated in microscopic grains of potato starch, coloured red, green and blue, overlaid with a black-and-white silver halide emulsion. The process was widely used until Kodachrome and Agfacolor films were introduced in the 1930s.

Avedon (1923-2004) was one of America’s most famous fashion and portrait photographers. He was the chief photographer for Harper’s Bazaar magazine in the 1940s and Vogue from the 1960s. His portraits are famous for their intimacy as well as their stark and minimalist quality.

Automatic white balance. This is a system that automatically adjusts the colour balance of an image, according to the colour temperature of the light source, to make it look as natural as possible to the human eye.

The ABC of Photography – Byte

The ABC of Photography – V

The ABC of Photography – B