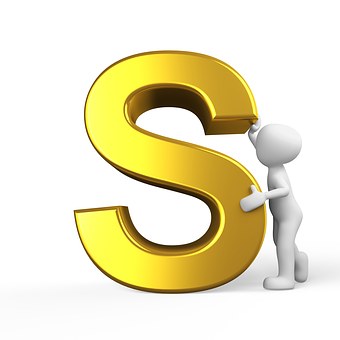 A wet darkroom effect in which an image is processed so that it’s partly a normal positive image and partly a negative. It was first described in the 1860s but became well-known in the work of Man Ray (1890-1976). His assistant, Lee Miller (1907-1977) accidentally turned on a light while developing a print, but Ray liked the effect and consciously used it in his work. He called it “solarization”. The Sabattier effect is easily recreated using Photoshop and looks best applied to a black-and-white image.

A red/orange lamp used to light a traditional wet darkroom when printing black-and-white photographs. It’s safe to use at the printing stage because the photographic paper isn’t sensitive to red/orange light.

Stands for smooth autofocus motor, which has been used in recent Sony Alpha lenses.

The strength of a colour or hue. An increase in saturation gives more intense colour. Too much saturation and the image will look unreal. An image with no saturation whatsoever will be black and white.

Scale gives us a sense of the size of an object or environment in an image, by using another object in the scene as a frame of reference. For example, by including a person in a landscape, the viewer is given a strong idea of the relative size of that landscape.

Theodor Scheimpflug (1865-1911) stated: “If the lens plane is tilted down, when the extended lines from the lens plane, the object plane, and the film plane intersect at the same point, the entire subject plane is in focus.” This principle comes into play when using tilt-shift lenses or tilt-and-swing movements on view cameras. In practice, it means that if you’re photographing a landscape, the lens can be tilted forwards until the plane of focus runs parallel to the ground. As a result, the depth of field is vastly increased, even when shooting with the lens wide open.

Hard disk space used by Photoshop while processing an image to temporarily store information and make the process faster. It’s used, for example, to store the history states that are essential for using the History panel.

Also called a screenshot or screen capture, this is an image of all or part of a computer monitor display that can be saved as a graphics file.

A type of removable memory card used in some digital cameras. SD cards (up to 32GB).

A type of SD card that has an even higher maximum capacity than SDHC cards (up to 2TB).

A mirror used in digital SLRs to project some of the light passing through the lens to exposure and autofocus sensors.

A chemical treatment applied to a silver-based black-and-white print in a wet darkroom that changes some of the metallic silver to silver selenide. Depending on dilution and the type of printing paper, tones may range from red-brown to purple-brown. The appearance of the effect can now be simulated in post-capture software on a computer. Photoshop CS6 and CC includes selenium toning among its range of toning presets.

A modern term for self-portrait, a genre becoming increasingly popular in the age of the smartphone camera.

A camera facility that incorporates a delay between the pressing of the trigger and the beginning of the exposure. It has traditionally been used to enable the photographer to appear in the shot. It can also be used as a way of minimizing the vibration caused by pressing the camera shutter, when shooting an long exposure with the camera mounted on a monopod or tripod.

The dimensions of the CCD or CMOS sensor in a digital camera vary greatly according to the type of camera. This has a major impact on image quality. Larger sensors collect more light and produce images with greater dynamic range and less noise than smaller sensors.  Smartphone camera sensors measure around 4.5 x 3.4mm; compact camera sensors are around 6.1 x 4.5mm; D-SLR sensors are around 23.5 x 15.6mm, while a ‘full frame’ 35mm sensor measures around 36 x 24mm. A medium-format sensor (such as in the Pentax 645Z) measures around 44 x 33mm.

A chemical treatment used in traditional photography that converts metallic silver in a black-and-white photograph to silver sulphide. It has the effect of changing shades of grey into shades of reddish-brown. The appearance can easily be created in digital images, either in-camera or using Photoshop. 720p A high-definition video recording format with a resolution of 1,280 x 720 pixels, offered on many of the more recent digital cameras.

Sharpening boosts the contrast around the edges of objects to increase definition, which helps counter the inherent softening effect of digital capture. Inkjet printing has a further softening effect, so if you’re going to print your image, it will need more sharpening than it would need for on-screen viewing.

Film used in large-format cameras, including 5×4 and 10×8 equipment, which is supplied in boxes of individual sheets.

An interchangeable lens available for a small number of D-SLRs and medium-format cameras. The lens provides a limited range of camera movements, including a facility for the lens to be shifted upwards to avoid converging verticals when photographing tall subjects, especially buildings. Also known as a PC lens.

A device for allowing light to pass through a camera lens to the digital sensor or film, usually for a precise period of time. See also leaf shutter and focal plane shutter.

The delay between the photographer physically pressing the shutter and the exposure actually being made.

A semi-automatic exposure mode in which the shutter speed is set by the photographer. The aperture is then set by the camera to suit the metered light readings taken by the camera.

Also called exposure time, this is the length of time the camera’s shutter is open to allow light coming through the lens to reach the image sensor or film.

This is illuminating a subject from one side across the camera axis, either using natural or artificial light, while the other side remains in shadow. It’s often used in portraiture to give texture and depth to a subject. It can give a dramatic look, especially against a dark background. If desired, shadow areas can be lightened by using a reflector.

The light-sensitive chemical compound that, when coated on photographic film or paper, enables images to be recorded.

A camera that uses a pentaprism and mirror to show the exact image being seen through the lens. When the shutter is released, the mirror flips up to allow the image to pass through to the sensor or film.

Device that triggers a flash unit automatically when another flash is fired. The slave uses a light-sensitive photoelectric cell, and cuts down on the number of cables needed in a studio.

The technique in which slow shutter speed is used in conjunction with flash. The flash usually provides the main source of illumination, but the ambient light creates a secondary exposure that can be useful in suggesting movement, or for providing detail in a background that would otherwise have looked unnaturally dark.

Stands for Single Lens Translucent. This is a proprietary name for Sony Alpha cameras that use a pellicle (fixed, translucent) mirror, electronic viewfinder, and phase-detection autofocus system.

Stands for super multi-coating, a seven-layer coating used on Pentax lenses to reduce light reflected by the lens itself.

A style of fine-art photography that uses a seemingly casual, snapshot appearance, and focuses on the everyday subject matter. Photographers using this approach have included William Eggleston (born 1939), Nan Goldin (born 1953), and Wolfgang Tillmans (born 1968). It was particularly popular in the 1990s fashion photography.

A tube-like attachment in the shape of a cone or cylinder, which fits on the front of a flash unit or studio light. It enables the photographer to control the direction and width of the light so that it concentrates on, or isolates a subject.

The photographic genre that concentrates on recording the everyday lives of people from different nationalities, cultures, and social classes. Social documentary projects often have a particular purpose, such as the photographs of Lewis Hine (1874-1940) highlighting child labour in the early part of the 20th century, or Sebastião Salgado’s 1993 project on the conditions endured by workers in different countries around the world.

An enclosure around a flash or continuous light. The insides are lined with reflective material while the square or round front screen is made of a white opaque material that diffuses and softens the light. Softboxes can measure anything from 40cm to 2m across the front.

Slightly blurred and lacking in sharp definition. Images can be ‘soft’ due to a lens flaw or made deliberately so to give a romantic ‘glow’ to an image. It can be achieved in-camera by attaching a soft-focus or diffuser filter to the lens, or by shooting through a piece of translucent material (for example, a section cut out from a pair of tights). It can also easily be added using post-capture software on a computer.

prominent activist, whose series of essays collected in the book, On Photography (1977), was a groundbreaking critique of the photographic medium.

Exposure metering system in which a meter reading is taken from a very small area in the centre of the frame.

RGB colour space frequently used by digital cameras, but providing a narrower range of colours than the Adobe RGB space.

Edward Steichen (1879-1973) was an American fashion and portrait photographer. As Chief Photographer at Condé Nast publications in the 1920s and 1930s, he was the most famous(and reputedly the highest paid) photographer in the world. He was Director of Photography at the Museum of Modern Art in New York from 1947-1962 and in 1955 organized the Family of Man exhibition, seen by over nine million people.

Photographs taken in public places that record human behavior or interaction in a way that comments on society or life in general. Street photographers aim to capture life as it happens and usually take pictures when people are unaware. Those who have worked in this broad genre include Henri Cartier-Bresson (1908-2004), Robert Frank (born 1924), and Garry Winogrand (1928-1884).

An important advocate for photography as an artistic medium, Stieglitz (1864-1946) formed the Camera Club of New York in 1896 and edited the magazine Camera Notes. He formed the Photo-Secession in 1902, a group of leading Photographers that argued that artistic expression was the most important thing about photography. His ideas influenced a generation of photographers.

Combining two or more overlapping images of a subject to create one seamless panoramic or high-resolution image. It can be achieved via dedicated software programs such as Auto stitch or Canon’s Photo stitch or using the Photo merge feature in Photoshop.

A unit of exposure. Changing exposure by a single stop is equivalent to doubling or halving the amount of light reaching the image sensor. The distance between each of the standard aperture settings (f/2.8, f/4, f/5.6, f/8, f/16, etc.) is a full stop. Digital SLRs usually provide a number of intermediate half-stop or third-stop settings.

Close down the camera’s aperture.

Also called a stroboscopic lamp, this light source produces flashes of light (usually around 200 microseconds in length) at regular intervals. In photography, it’s been used to make high-speed images of subjects that move too fast for the eye to see, such as a bullet zipping through the air. Strobe lights have also been used to capture multiple images of a moving subject in one image, for example in the photographs of dancers by Gjon Mili (1904-1984).

A lens with an unusually large focal length range. Current super zoom examples available for D-SLR cameras include the Tamron 80-270mm f/3.5-6.3 and the Sigma 18-200mm f/3.5-6.3. Some of the largest superzooms are found on bridge cameras; the Panasonic Lumix DMC-FZ70 has a 60x optical zoom, for example, which is equivalent to 20- 1,200mm. Bridge cameras themselves are sometimes called ‘superzooms’ or ‘ultrazooms’. See the bridge camera.

A name used on some of the affordable and easy-to-use range of instant cameras produced by the Polaroid Corporation in the 1960s and 1970s.

The ABC of Photography – ISO

The ABC of Photography – Crop

The ABC of Photography – Infrared photographs