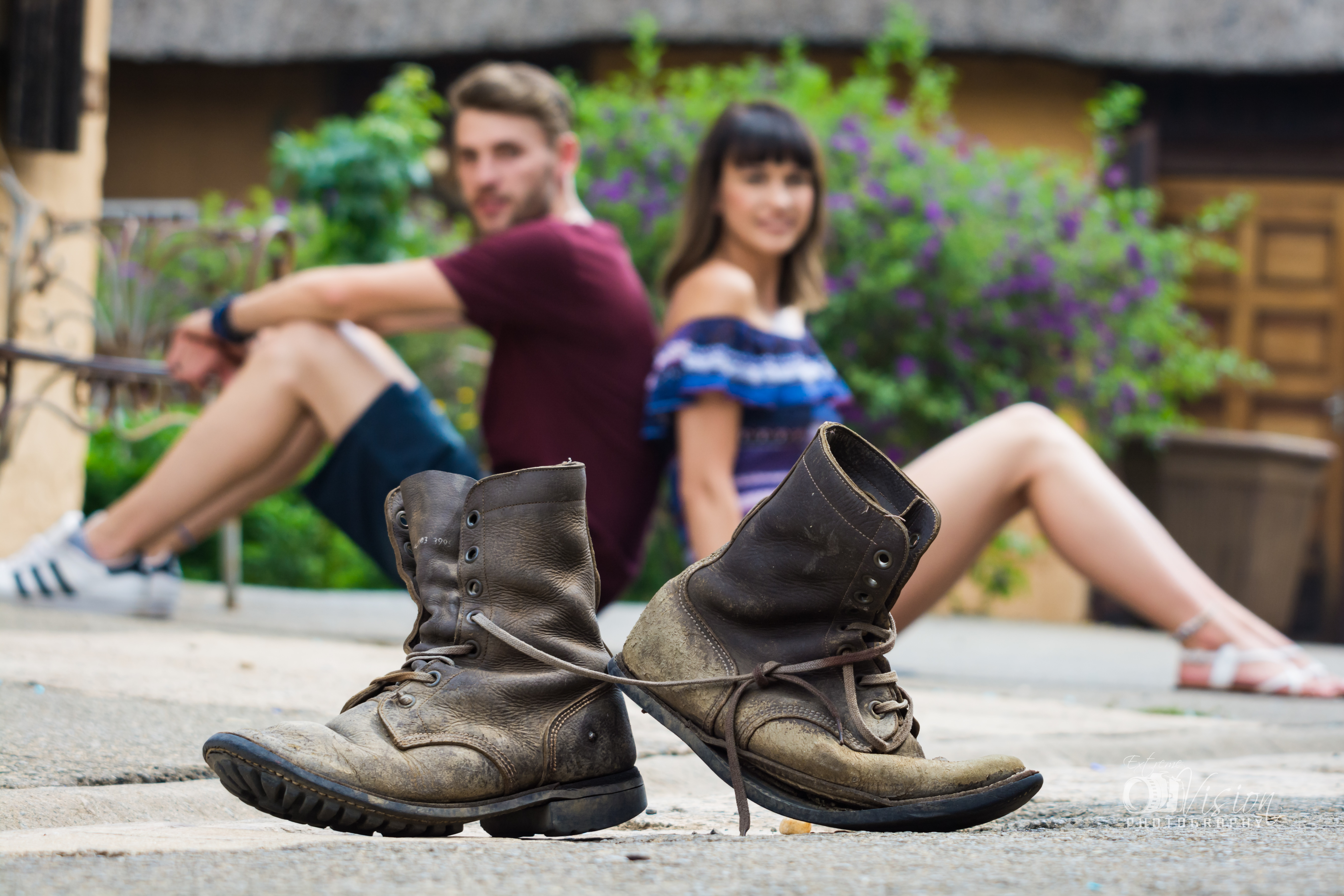 There are a few simple techniques that will improve the quality of your photographic compositions.

Framing, in photography, means placing an additional object, or objects, in the foreground of the picture for aesthetic purposes. The object does not have to completely surround the main subject.

A foreground object provides a point of reference. It gives a sense of distance and comparative size. It can hide elements that detract from the main subject. It is aesthetically pleasing and gives a feeling of completeness to the picture.

“A tree, a doorway, a window, or even a gap in a fence positioned around the subject can create a frame within the picture’s frame.” (Joy of Photography)

Make use of the repetition of shapes, colors, lines, objects, etc. They are all around us, and just waiting to be utilized by the photographer who combines observation with creativity.

Repetition gives form and unity to a composition. It can emphasize a theme or a subject.

Reflections, such as in water or glass, are an effective form of repetition.

Close in on your subject to exclude unwanted elements.

This is especially important with portraits, both candid and formal, where the subject usually fills the frame and very little else is visible.

It can be accomplished by getting physically closer, using a telephoto lens, or adjusting your zoom lens.

It eliminates wasted space within the picture and focuses more attention on the subject.

Even scenics, with their wider panoramic view, should be carefully composed so that only the desired elements are included in the frame. Wide expanses of plain blue sky, for example, should not take up half the picture frame but can be reduced to a narrow strip across the top of the picture.

Closing can be done after the fact by editing the picture on a computer (“cropping”). However, this is less desirable, as the picture will have to be enlarged after cropping to bring it back to its original size, and picture quality decreases in proportion to enlargement.

“Some subjects don’t like you close up, so you’ll have to catch them unawares.” (Tim Fitzharris)

The photographer should be on the alert for leading lines. The most commonly take the form of converging lines.

Leading lines draw the eye into the picture.

They can be used to direct the eye to the main subject.

They give form, unity, and depth to a composition.

As a general rule, it’s a good idea to locate your main subject about a third of the way in from one side or the other, or from the top or bottom, or both.

This placement is more aesthetically pleasing than simply placing the main subject in the center, which seems predictable and uninteresting.

Sometimes, a subject may be in the center, but the main center of attention on the subject is a third of the way in, such as the face in a portrait or the clock on the tower of Big Ben (above right).

The rule of thirds is a general guideline. There are exceptions to the rule, however. Different types of subject matter or the purposes of the photographer may require different positioning of the main subject.

Emphasize your subject and minimize distracting elements by blurring the background and/or foreground. This is accomplished by using a large aperture setting. (This requires a camera that allows you to control the aperture size and/or shutter speed.)

The distance within the clear focus area is called the depth of field.

The depth of field at different settings is marked on better quality lenses.

The balance between shutter speed and aperture size can be used to either increase or decrease the depth of field.

Many cameras today have an aperture priority feature. When aperture priority is selected, you can manually set the aperture size and the camera automatically sets the correct shutter speed to go with it. If you have a shutter priority camera, you can increase the shutter speed manually, and the camera will increase the aperture size automatically. Check the readout to see what the aperture size will be, then check the lens markings to see what the corresponding depth of field will be. Some SLRs have a button you can push which lets you see in the viewfinder how a picture would look at a particular aperture setting.

This method can also be used in reverse for the purpose of having an extremely wide depth of field, which has everything from very near to very far in sharp focus. To accomplish this, use a smaller aperture. This will require a longer shutter speed to compensate for the light loss. If the shutter speed is too long, a tripod may be required. (If you don’t have a remote control, use a shutter release cable with the tripod.) A substitute for a tripod, though not as good, is to find a firm place upon which to steady your camera.

The ABC of Photography – Blending mode