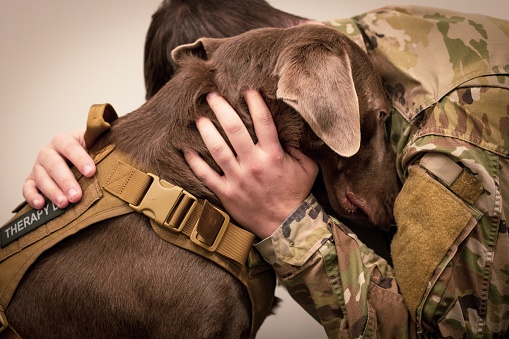 Extraction from The American Journal of Photography by Various

“Captain Curties, of the Royal Engineers, has written a series of articles on the above subject, which were published in the Broad Arrow. In the last of the series he gives a description of his photographic outfit. His arrangements for exposing and developing the plates in the field afford interesting reading. However, judging from our own experiences on the scout, the picket line, or field, we should say that the whole scheme, as portrayed by Captain Curties, is more or less chimerical, and no matter how plausible the plan may seem or read to the members of a theoretical camera club in their well-furnished quarters, there are certain difficulties in the way which would make the scheme impracticable, and even if these were overcome, the results would be of but little if any use in actual service, a fact which will be apparent to anyone who has seen active military service.

The captain in his articles says:

“The one object I have kept in view all through has been to simplify the art as much as possible, and to make each photographic section complete in itself, and able to take, develop, and print a picture without any outside help in the shortest time possible. Having this end in view, my equipment supplies in the first place two light knapsacks, to be carried in a reconnaissance by two mounted officers or men. One contains a very light fold-up camera, capable of taking pictures 10 in. by 12 in., round which is wrapped the focussing cloth. It has not appeared to me desirable to place before a general a view of a country smaller than this. The extra weight would be more than compensated for by the comprehensive picture obtained; moreover, in a small plate, I take it, distance would not be fairly and distinctly portrayed. The other knapsack carries three dark slides, very light but strong, each containing two plates. This knapsack also contains the lens, instantaneous shutter, etc. Both knapsacks are made to fit close to the back, and, in addition to the straps passing over the shoulders, are secured to the sword-belt, thus preventing any injurious motion when riding. By the simple act of unbuckling one strap, each can be at once unslung ready to be unpacked. The tripod, which is made as light as can be consistently with strength and stability, is carried folded up in a bucket attached to the saddle, and fixes immediately on to the camera. We next proceed to the all-important subject of “developing” in the field. For this purpose I use a tent composed of a large, folding, umbrella-shaped top, made of a material which admits a deep ruby light. When this is opened and fixed in the ground, it stands just clear of a tall man’s head. Over it is dropped a sort of sack, open at bottom ends, the top end being much smaller than the bottom end, and capable of being drawn together by means of two cords. This sack is lightproof and waterproof. The lower end is held down by means of a light iron hoop or ring, which also folds up to facilitate packing. The hoop is attached to the bottom of the sack in such a way that a border of the material extends beyond it, and rests upon the ground. This, in the ordinary way, is sufficient to keep out light, but should any find its way in, a few handfuls of earth or stones heaped up round the border will effectually keep it out. The stick of the umbrella is a hollow bamboo, open at the top. It is pierced with holes to about half its length; this ventilates the tent. A cap placed over the top of the stick excludes light, but not air. We now have a complete tent in which a man can move about freely, and use his hands without constraint, and, above all, he is not half stifled, as one generally is in the usual run of developing tents. It can be taken down at a moment’s notice, and packed in a very small compass, the whole being exceedingly light and compact. A few stays may be necessary in windy weather to keep it steady. The person about to develop a plate slings over his shoulders, knapsack fashion, a small metal tank, containing sufficient water to wash several plates; attached to it is a gutta-percha tube and tap. Round the waist is buckled a broad leather belt, in which are fixed bottles containing the developing solutions, etc. A light fold-up trough, with a gutta-percha drain-pipe, carried outside the tent, and two light shelves, hook on to the stick of the umbrella. All that now has to be done is to lift up the walls of the tent, step inside, and develop and print the picture, which by using bromide-paper (undoubtedly the process for military use), would take something like a quarter of an hour, the printing, of course, to be done from the wet plate. I may mention that I use scarcely any glass beyond the plates (which I believe in); those articles which are made of glass are protected to prevent breakage. I believe myself that the whole of the articles now made of glass can be manufactured from a preparation of celluloid, which is strong, light, and durable. I hope shortly to have a complete set of bottles, measures etc., made of celluloid.”

At the meeting of the Photographic Society of Berlin, President Stolze exhibited the sketch of the Daguerre monument to be erected in Washington city, at the cost of six thousand dollars.

Dr. Julius Stinde declared never to have seen anything more disgusting (schauerlicheres) than this unhappy head of Daguerre, crushed under the weight of a large ball, and attributes the depravity of our taste to the high duty on articles of fine arts. He says that such monstrosities show that we Americans are yet in point of art barbarians of the purest water. Mr. E. Himly, as well as Dr. Stolze, takes our part, and shows that the American photographic journals have unanimously condemned and ridiculed Mr. H. McMichel’s scheme, and exonerate us as a body. Bravo!–Photographische Nachrichten.”

The American Journal of Photography by Various

The benefits of wireless flashguns