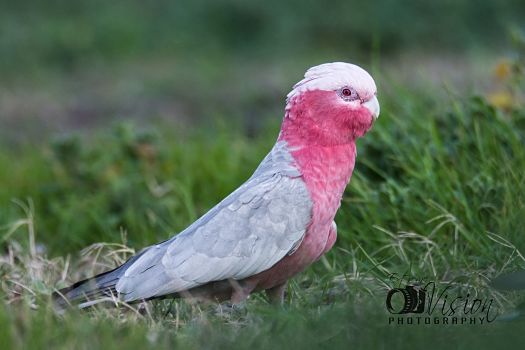 Photography is the process of making photographs by exposing light over a controlled amount of time to a light-sensitive medium, such as a digital sensor or photographic film. This is done through a device known as a camera. Cameras are essentially light-proof boxes that house the light-sensitive material.

The word “photography” was created from Greek and the simplified meaning is more or less:  “representation by means of lines” or “drawing”, together meaning “drawing with light”. 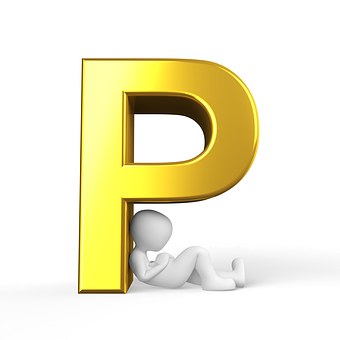 The ABC of Photography – P

A short form for ‘packaging shot’, this is a photograph of a product with labeling clearly displayed and is usually taken for advertising or other commercial reasons. Studio setups for pack shots can vary from the simple to the elaborate.

A Photoshop tool that fills a complete area with a particular colour. As with the Magic Wand tool, you can adjust the Tolerance to change the effect. It can be useful for creating masks.

Creating images with a mobile light source. One way of painting with light is to shoot a scene in the dark, whether indoors or outdoors, with the camera on the B (bulb) setting. While the shutter is open, objects in the scene can be ‘painted’ with light from a hand-held flash or other light source. The other technique also involves shooting in the dark with the shutter open, but in this case the light source is moved while being pointed towards the camera, often to create a ‘light trail’ shape in the final image.

Area on the right of the interface for keeping various dialogs and information displays in Photoshop/Elements. Later versions tend to use the term ‘panel’ instead of ‘palette’. The feature can be minimized to buttons or hidden completely.

A tripod attachment that provides independent movement of the camera in both horizontal and vertical planes, giving the photographer greater flexibility.

Moving the camera along a horizontal plane during the exposure to follow a moving subject.

An elongated image in which the width is at least twice the height. Panoramas are made by cropping one image, made using a specially designed panoramic camera, or by combining several images together using ‘stitching software’. Aspect ratios for panoramic images can be 4:1 or higher.

An autofocus system that adjusts the focus of the lens by analyzing the image itself, rather than actively measuring the subject distance. Passive autofocus is used by most digital cameras, and is also known as phase-detection or contrast-detection autofocus.

An effect in which the image seen through a camera’s lens is not the same as that seen through the viewfinder, resulting in parts of the scene missing in the photograph.

It’s found in any camera in which the viewfinder and lens are separate, such as rangefinder and twin-lens reflex cameras.

Stands for perspective control- electronic. It’s used to designate Nikon’s range of tilt-shift lenses, which enable you to move the front elements on the lens to avoid or exaggerate lens distortion. These lenses are commonly used in architectural photography to ensure vertical lines remain parallel in the picture.

Stands for perspective-control lens, another name for a shift lens.

A simple electrical connection socket found on some D-SLRs for connecting a flash to a camera to enable synchronization. It’s widely used for connecting studio flash.

A lightweight, thin, translucent mirror used in Sony’s Single Lens Translucent (SLT) cameras. In this design, part of the light coming through the lens is diverted to an autofocus unit, and part goes to the digital sensor. This allows the photographer to see a continuous image through the viewfinder during exposure. It also avoids vibration and noise from the movement of a mirror.

A low-cost alternative to the pentaprism (see next entry) used in the construction of some They offer the same functionality but use mirrors for the viewfinder construction rather than a prism.

The five-sided prism used in the eye-level viewfinder of SLR and D-SLR cameras. It ensures that the image appears the right way up and the right way around in the viewfinder, correcting the effects of the mirror and the lens.

Perspective is used to translate a three-dimensional scene into a two-dimensional image. It gives the viewer a sense of depth in the image, for example, through the use of converging lines in a landscape. Perspective allows us to interpret the size and distance between objects, relative to the camera’s viewpoint.

To appear in the background of an informal portrait and upstage the person being photographed, without them being aware.

A book largely consisting of photographs. It’s a means by which photographers have displayed their work since the earliest days of the medium. Landmark photo books of the past have included Robert Frank’s The Americans and Cartier-Bresson’s The Decisive Moment. More recently, the ability to create a personalized photo book has come within everyone’s reach via online companies such as Blurb, Snapfish and Photobox.

A photographic image created by placing an object on a sheet of light-sensitive paper and exposing it to light. When the paper is developed, parts of the object that light rays cannot pass through are recorded as pure white, while translucent parts might be recorded as shades of grey. The technique goes back to photography’s earliest days. The artist and photographer Man Ray (1890-1976) later produced many such images, which he called ‘Rayographs’ or ‘Rayograms’.

News journalism using a camera to record events. The ‘golden age’ of photojournalism’s lasted from the 1930s to the 1950s, before television took over as the main source of news, but it still plays an important role in the media.

A group of ‘automated’ features designed for combining a number of similar or related shots together, including Photomerge Panorama for combining an overlapping sequence to create a panoramic view. Elements include additional Photomerge tools not included in Photoshop, such as Photomerge Group Shot (for combining the best features from a series of near-identical group portraits).

Photographic images of things invisible to the naked eye, created using a microscope. D-SLR cameras are connected to a microscope using an adaptor, and the degree of magnification is determined by the power of the microscope.

Industry-standard software program produced by Adobe that enables photographers to edit digital images on a screen and save them as a JPEG, TIFF, PNG or GIF. It was initially named Display, and was created by Thomas and John Knoll in 1988.

A system for printing directly from a camera to a compatible printer without the need for first uploading images to a computer.

An artistic approach to photography, dominant during the late 19th and early 20th century. Instead of being straightforward documents of reality, photographs were given a more painterly, soft-focus appearance. Processes such as bromoil, gum bichromate, and platinum printing, which involved manipulating a photograph’s tones and texture using brushes, pigments, and inks, were popular among Pictorialists.

A lens fault or aberration that causes parallel lines in an image to bow inwards towards the centre, and is seen when shooting with telephoto lenses. The effect is similar to one you’d see if an image was printed on a pincushion. It can be corrected using post-capture software such as Photoshop.

A camera that uses a small hole instead of a lens to project an inverted image on to photographic film or a digital sensor. Exposures are usually manually operated and can range from several seconds to hours in duration. D-SLRs can be converted to pinhole cameras by replacing the lens with a piece of plastic drilled with a hole of around 0.3mm in diameter. Alternative pinhole cameras have been made with anything from wheelie-bins to shoe boxes.

Every digital photograph is made up of millions of square-shaped dots called pixels (the term derives from “picture elements”). Like the tiles in a mosaic, they blend together to create a photorealistic image. Zooming into your images using the Zoom tool in Photoshop/Elements enables you to see, and then edit, each of these building blocks if you choose.

A digital image in which individual pixels can be clearly seen, either due to very low resolution or high magnification of a small part of an image. Pictures are sometimes deliberately pixelated, for example when someone’s face is obscured in a newspaper for legal reasons.

A piece of software that adds functionality to an existing computer program. Plugins are available for many digital image manipulation programs, including Photoshop/Elements, providing an increased range of effects and  transformations.

A filter that only transmits light vibrating in one plane. It can be used to deepen the colour of part of a picture, such as the sky. It can also be used to eliminate or reduce reflections on non-metallic surfaces, such as water or glass. It must be rotated in front of the lens until you achieve the desired effect. See circular polariser.

Pixels per inch. A measure of the resolution (density of pixels) in a print or on-screen image.

actually fired, but continues to be adjusted during the delay between pressing the shutter and the picture actually being taken. This enables the camera to focus more accurately on moving subjects.

A manual focusing technique used for photographing moving subjects. The lens is focused on a point or at a distance, which you anticipate the subject is going to move through. The shutter is released when this point is reached.

A term first introduced by Ansel Adams, which he defined in his book The Camera (1980) as “the ability to anticipate a finished image before making the exposure”.

A non-zoom lens, that is, a lens with a single and fixed focal length.

Any exposure mode where the camera defines both the aperture and the shutter speed.

A program exposure mode in which the camera sets the shutter speed and aperture automatically, but the photographer has the option of altering the bias between the two

readings to set an preferred shutter speed or aperture without changing the overall exposure.

Photoshop’s (and Elements’) own file format, which preserves components such as layers and transparency that aren’t supported by some formats (including JPEG). It’s worth saving an edited photo as a PSD if you might want the option to revisit layers or adjustment layers at a later time.

First introduced in Photoshop CS5, this tool allows you to adjust or radically change the shape of parts of an image. Subjects can be selected and altered without affecting the background.

In film photography, push processing means increasing the film’s speed by shooting with shorter exposures than recommended and increasing the development time proportionately. This allows photographers to work in lower light conditions, but increases the grain size. Pull processing means using longer exposures than recommended and reducing development times, to give a negative with reduced contrast and grain.