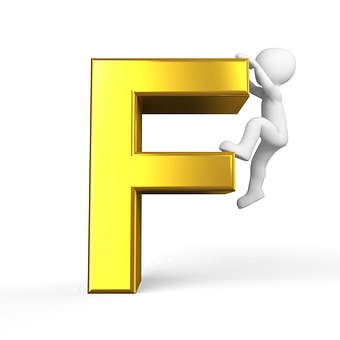 The aperture setting on a lens. The number is the focal length of the lens divided by the diameter of the aperture. As a result, larger f-stop numbers represent narrower aperture sizes. F-stop numbers are used so that exposure settings for a particular scene can be expressed without having to know the focal length of the lens used. The term, F-stop, comes from the Waterhouse stop (a series of circular holes in strips of metal that ‘stopped’ some of the light passing through the lens). The system was invented by John Waterhouse (1806-1879) in 1858, but the hole sizes don’t correspond with modern f-stop numbers.

A Pentax lens that’s full-frame compatible, and that features an old-fashioned aperture ring.

A colour shown in a digital image that’s different from the actual subject colour, and that often appears together with a moiré pattern. See moiré pattern.

An ISO setting that makes the sensor more sensitive to light than usual, and thus requires less exposure than usual. Fast settings are useful in low-light situations where long shutter speeds are not suitable. A drawback is that grain-like noise within the image becomes more pronounced as the

A lens that has a wider maximum aperture than is usual for that particular focal length or zoom range, allowing a shorter shutter speed. Fast lenses are not only useful in low light; they can be invaluable for throwing backgrounds out of focus to a greater extent than usual. Fast shutter speed Relative term for an exposure that is shorter than average, usually set to avoid the blur that would otherwise be created by movement of the subject.

A way of softening the edges of an area that you’ve selected to work on in Photoshop. It adds a transition zone of transparent pixels, which enables any background to partially show through (like with the edges of a feather). It’s used so that the join between manipulated and non-manipulated areas is rendered less obvious.

The way in which a digital image is stored. When you’ve finished editing your images, you usually get a choice of formats to use while saving. Common file types include JPEG, TIFF, and PSD.

Flash used as a secondary light source. A fill-flash feature is an option on many cameras with a built-in flash unit. With it you can soften shadows on foreground subjects, helping to avoid problems with backlighting. Fill-in flash can also be used to enhance the colours and contrast of foreground subjects in dull lighting conditions.

In studio lighting, a fill light is used to give more detail to dark or shadow areas and reduce contrast.

In photography, film is a transparent plastic perforated strip or sheet that acts as a base for microscopic, light-sensitive silver halide crystals coated on one side with a gelatin emulsion. Black-and-white film has a single layer of silver salts, while colour film has a minimum of three layers of dye (blue, green and red), which sensitize the salts to different colours, as the scene being photographed dictates.

A general term used within Photoshop for a wide range of artistic effects and other utilities. Many are special effects, such as those that add grain and texture to an image. Others, such as the sharpening filters, are more utilitarian. Also, see optical filter.

An ultra-wide-angle lens that distorts the image in order to maximize the field of view. On 35mm cameras, the term refers to lenses with focal lengths of around 8-15mm.

A method of transferring data such as digital images or video between devices. FireWire 400 was first introduced by Apple in the 1990s. The most recent version is FireWire 800. A FireWire 400 cable can be connected to a FireWire 800 socket using an additional adaptor.

A lens that doesn’t have a variable focal length, and which has a single angle of view.

A chemical mixture used in the wet darkroom to stabilize negatives and prints after development and make them insensitive to light.

Stray, non-image-forming light that reaches the sensor, creating unwanted highlights or softening the image. Lens coatings and hoods are designed to minimize flare.

However, flare can still prove a problem when shooting towards a bright light source.

A burst of artificial light used to provide all or some of the illumination for an image. Most cameras have built-in flash units, while some allow a separate flash unit to be attached via the hot shoe, or used off-camera. In-studio work, large standalone flash units or strobes use mains power, and are triggered by a flash sync cable or radio signal. Flash durations are usually between 1/200 sec -1/1000 sec and have a colour temperature of around 5,500-6,000k.

The process ensures that the peak output from the flash tube coincides with the shutter being fully open. On digital SLRs with focal plane shutters, full synchronization is only possible at certain shutter speeds.

A Photoshop term for merging all the visible layers to the background layer, reducing the file size.

The lighting produced by strip light tubes. The colour balance can vary enormously, depending on the type of tube, and manual white balance settings therefore often offer several fluorescent settings. Daylight-balanced fluorescent tubes are used in some studio lighting systems.

It enables you to switch between autofocus and manual focus by snapping the focus ring backward and forwards.

Optical term describing the distance between the optical centre

of a lens and its focal point. In practice, the focal length is a measure of the magnification and angle of view of a given lens or zoom setting. It’s usually measured in millimetres. However, its usefulness as a way of comparing different lenses is diminished by the fact that the exact focal length required to give a particular angle of view will depend on the size of the imaging chip used by the camera in question. See EFL.

The flat surface upon which the image is focused in a camera.

This is the plane where the photosites of the CCD or CMOS image sensor are positioned.

A shutter mechanism that sits just in front of the image sensor, in the lens’s focal plane. It consists of two light-tight curtains that, when using fast shutter speeds, travel across the focal plane with a thin slit between them. Light passes through this slit to expose the image sensor or film. Using shutter

speeds lower than the flash sync speed, one curtain crosses the focal plane to expose the whole sensor or frame of film, followed separately by the second curtain. This type of shutter is commonly used on D-SLR cameras.

An electronic visual aid in which the parts of an image in sharp focus are highlighted on a Live View screen. This function was included on Sony’s NEX mirrorless cameras in 2011. It has since been introduced on other companies’ new camera models, including the Leica M (typ 240) and the Olympus

The surface upon which the viewfinder image of a digital SLR is projected. Its textured surface is designed to accentuate the degree by which the image is sharp or not, thereby providing assistance when you’re focusing. 4K An ultra-high-resolution video format that delivers four times the amount of detail as 1080p full HD. It means that individual video frames, which have eight million pixels, are of a high enough quality to be printed as still images. Panasonic and Sony have both announced 4K-capable models, and more manufacturers are due to follow suit.

A standard image sensor format introduced by Olympus and Kodak in 2002. It has a 4:3 aspect ratio (the sensor size is usually 18 x 13.5mm), while other D-SLR systems use a larger sensor with a 3:2 aspect ratio.

Measurement of the continuous shooting rate of a camera.

A technique for highlighting a subject and giving depth to an image by using another feature within the image to form a frame around it. Examples include shooting a church tower through an archway, or a portrait of someone looking through a window frame.

Lighting directed towards the subject, and therefore positioned behind, or level, with the camera.

Used to describe a digital SLR sensor that has a light-sensitive area the same size as a frame of 35mm film – around 24x36mm.