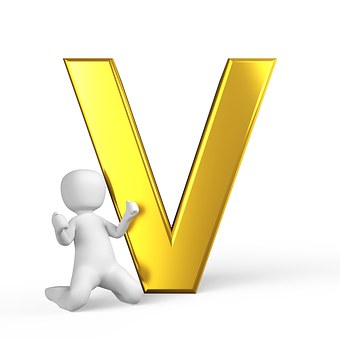 The ABC of Photography – V

A type of photographic printing paper that, in the wet darkroom, allows a range of contrast grades to be produced by changing the colour of the filter in the enlarger head.

Stands for vibration compensation, the name of the optical camera shake-reduction system on some Tamron lenses.

A large-format film camera that uses sheet film. Depending on the camera design, film sizes can range from 5×4 inches to 20×24 inches. All view cameras have a front standard with a lens mount and a rear standard with a film holder and ground glass screen for focusing. Both standards can be moved backward and forwards and at different angles to alter perspective, focus, and depth of field. They are connected by a flexible and extendable bellow. View cameras can be used with digital backs instead of film.

Darkening of the corners of an image. This appearance is often deliberately created to highlight a subject in the center of the image and can be applied by digitally burning in corners. It’s also commonly seen in images taken with toy cameras such as the Holga. If vignetting is unintended, it’s usually due to lens fall-off, and can be corrected using post-processing software.

Stands for vibration reduction, Nikon’s name for its image-stabilization system.

The ABC of Photography – T

The ABC of Photography – Buffer